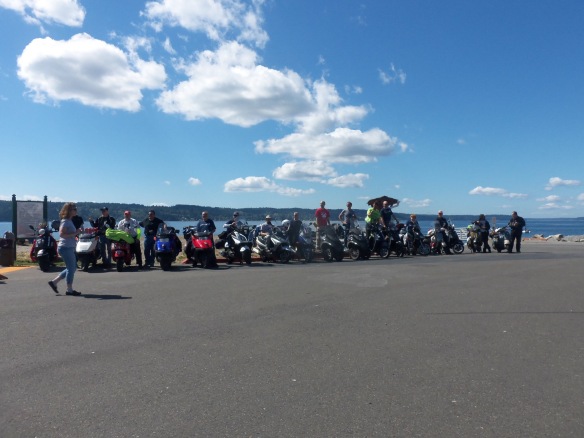 The 2016 Scooter Cannonball is now history. This a the finish line, but the scooters are not necessarily on their finishing order.

Once again there seemed to be quite a bit of headwind when climbing. I elected to head west toward Pasco rather than follow the official route for fuel planning considerations. That added a little distance, but I’m not sure how much time. Riding along you can expect to encounter some wind when you see large arrays of wind powered electrical generators. Even if I wasn’t trying to catch Bill the third placed rider a photo or two probably wouldn’t have done justice to the expanse of the turbines. There was also an ominous warning sign about dangerous cross winds. It was fitting the wind sock was in tatters. Other than being cold, the climb over Stevens Pass was uneventful, as was the descent. Garmin worked for most of the day, but the route programmed into it included a short stretch along I-90, which would mean trying to maintain speed into the wind with a high posted speed limit. I elected to follow the ” official” course, avoiding the interstate, and let Garmin recalculate. That plan was sound, the execution not so much. After the first checkpoint in Lind, the instructions called for a left turn onto Lind-Warden Rd. I remembered the left turn was basically continuing straight on a Lind-something Road, and kept going straight on the Lind-Hatton Rd. Which started to head more southwest instead of west. Thank goodness the sun was out so I had a sense of direction. I stopped, checked the map and confirmed the desired road name with the instruction booklet. I went just a bit further and saw a road sign with Lind-Hatton so turned back to the turnoff. The real turn off was a few hundred yards past the one I took. I suspect that cost 15 minutes or so eliminating any hope for third place, D’oh!  It was nice to have a special welcoming committee from home meet me at the finish line. The plan is load up the trailer tonight, and catch a morning flight back home tomorrow.

Ken, aka LostBoater, at checkpoint 1 with spark plug issues. 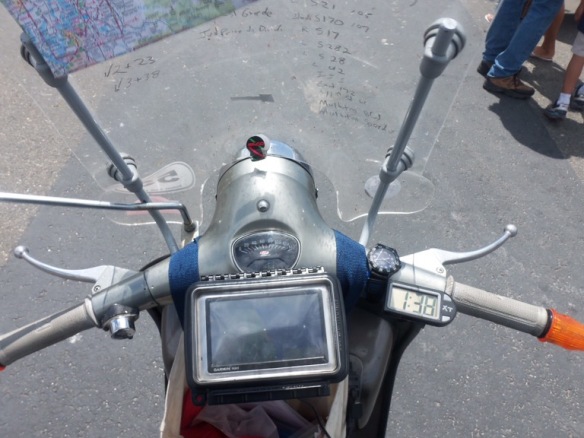 The “cockpit”. The Garmin is on but you can’t see the finish icon that’s depicted on the screen. You can see the notes on the windscreen as well as the old fashioned paper map. The bag below the Garmin has my printed instructions, route booklet, water bottles, and assorted munchies.

Final checkin at timing and scoring. 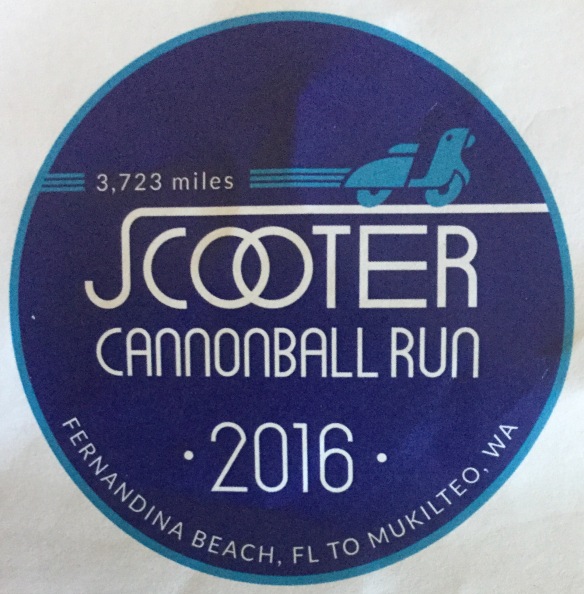